For those of you seriously considering pursuing a career in commercial dance, you likely have found that most jobs and training opportunities lie in and around Los Angeles. However, not every dancer desires to relocate to LA. So how does a non-LA resident go about making a successful commercial dance career for himself/herself? It’s an easy question to ask, but a difficult one to answer as there are many variables in play. First and foremost, a “successful dance career” looks different to everyone. That fact alone makes this a near-impossible question to answer, but I’ll attempt to do so anyway.

For those of you seriously considering pursuing a career in commercial dance, you likely have found that most jobs and training opportunities lie in and around Los Angeles. However, not every dancer desires to relocate to LA. So how does a non-LA resident go about making a successful commercial dance career for himself/herself? It’s an easy question to ask, but a difficult one to answer as there are many variables in play. First and foremost, a “successful dance career” looks different to everyone. That fact alone makes this a near-impossible question to answer, but I’ll attempt to do so anyway.

Let’s start by discussing location in general terms. Any successful dance career depends, at least in part, on where you live. There are simply more job opportunities in major cities. You don’t have to live in LA, Chicago, Atlanta, Orlando, Miami, or New York. But if you make your home close enough to these sorts of cities that you can attend auditions and work there when the opportunity arises, then you are off to a good start.

As a reminder, none of this is to say that you cannot be a successful dancer outside of LA. There are, of course, paid jobs for go-go dancing, concert work, and musical theater work, etc. But if you are specifically interested in commercial dance, then know that the job options are few and the competition is fierce. Alternatively, you can live remotely while working in LA. By that I mean you can live anywhere you wish and fly to LA for auditions and jobs. Obviously, this is not an ideal situation. Flying frequently is expensive and oftentimes audition opportunities surface the day of.  You will miss out on those chances by not living remotely. So it is certainly safer (job-wise) to live in or near LA or New York. However, if you have the will and the means, then it is possible to “commute” from other parts of the country. Timing won’t be your friend, but it is still manageable.

Speaking of commuting from across the country, you may be wondering how to land auditions in LA when you’re not living in LA. The answer is video submissions! To be clear, this is not a great replacement for in-person auditions. It is, however, a viable alternative… sometimes. Not all casting companies will accept video submissions. But for those that do, you simply have to submit a tape to the job’s casting directors. Obviously, your tape needs to fit the bill.  If you don’t have the appropriate footage on hand for a particular submission, go ahead and create a new tape. To help get you started, stop in and read my other blog Dance Reels and Video Submissions. You can use the information in that blog to create a killer self-tape.

As you already know, the commercial dance industry is very difficult. And the heat of that challenge can be somewhat mitigated if you have an agent. Agents are great for helping you get your foot in the door. The problem, however, lies in the fact that there isn’t a lot of representation for dancers outside of LA and New York. For those of you without access to dance representation, consider additionally training in acting, singing, and/or modeling. Expanding your repertoire opens the door for more work opportunities.  If you get signed with a non-dance agency (modeling, acting, etc.) where you live, keep an open communication with your agent. Let them know you are also interested in commercial dance opportunities. Even if that isn’t what your agency specializes in, it won’t hurt for them to keep their eyes and ears open for you.

For those of you with access to dance representation, on the other hand, it is important that you work hard to sign with a good agency. Not only do agents help you get auditions that you otherwise might not have known about, but they also protect your interests. Most dance agencies in LA and New York submit clients only for jobs that follow the Dancers Alliance rates (https://www.dancersalliance.org/da-rates). This means that agencies will not allow dancers to audition for jobs that don’t offer these minimum pay rates. This can be pretty vital to the success of a commercial dancer. When I was living in Chicago, I worked jobs where these rates were not enforced. For a local commercial performance, I had three four-hour rehearsals, a tech, and the actual show (where I was required to be on location for over ten hours).  In the end, my compensation totaled less than what a dancer in LA earns for a 1-4 hour rehearsal. Being paid a significant amount less compared to a LA or New York commercial dancers is very common. In fact, it’s more rare to receive a job where the pay is close to what a New York or LA dancers would make.

Circling back to the question at hand, can you be a successful commercial dancer without living in LA? Yes. But it is very challenging.  Defining success is something that you must do for yourself. Once you have that figured out, you can decide how to approach the unique challenges of being a non-LA-resident dancer. With endless hard work and dedication, you can have a successful career. 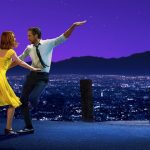 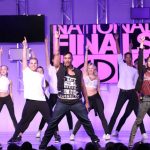